A violent storm whipped up during the night of our stay at Gingin, Waking up to water sogged ground, my heart went out to those in tents who were up and about trying to dry things. Today we were heading to Perth. 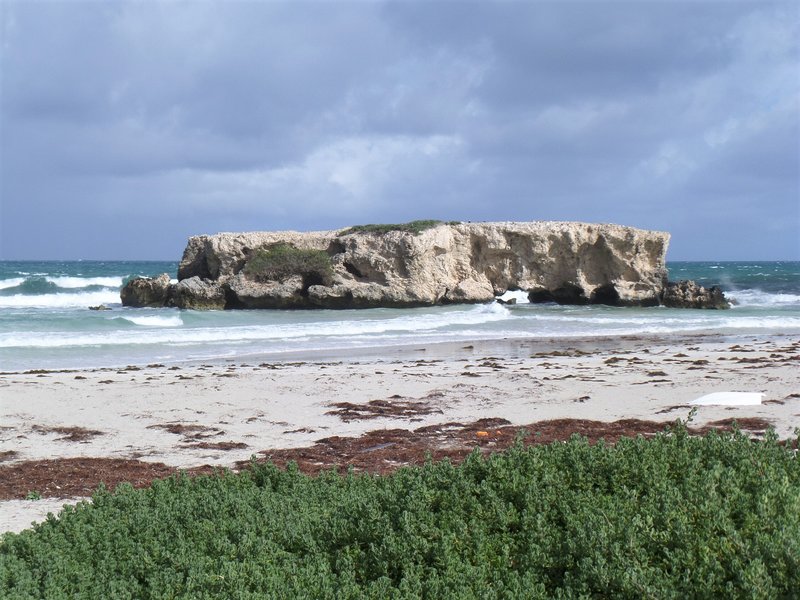 Our first detour was into Two Rocks, a seaside town named after the two prominent rocks offshore from Wreck Point. We went for a drive to see the Two Rocks Marina and found it was a good place to get a view of the giant ‘King Neptune’ limestone sculpture who has been a landmark for many years. 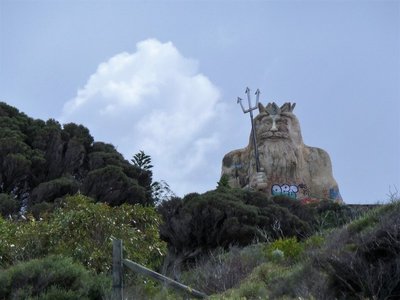 When driving around town, we noticed the streets were named after yachts from the America's Cup Challenge.

Our next stop was Yanchep National Park. We happened to arrive on a very wet and quite cool day, so our opinions are a little different to the many I read. We didn't get to see the caves and do the walks as it was just too wet.

I could see it would be lovely on a fine and sunny day as there is plenty to do and lots of area for picnics. Yanchep National park is located 50kms north of Perth, we had to show our Parks Pass to get in, then the Ranger gave us a brochure of the Park.
With Umbrella up, I quickly made my way along the paved pathway to where Ness house was located. I was glad I had my walking shoes on which had plenty of grip on the slippery surface! 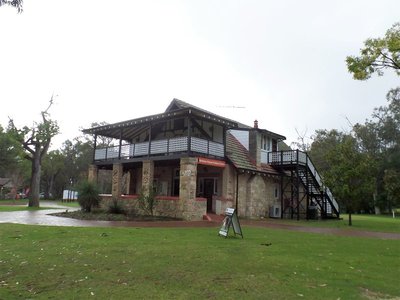 Ness House was a sturdy stone building, built in the 1880s as a two-room stone hut, and then later converted into hostel accommodation in 1932. Thank-goodness it had a good porch area where we could wait in the dry until the rain eased.
Inside was a good display of Australian souvenirs, handicrafts and gifts, also information on Yanchep and the surrounding area.
It's here you book for the Crystal Cave, a limestone cave with many formations of stalagmites, helictites, columns and shawls. On bad weather days, like I struck, the tours do not run.

Loch McNess (once named Yanchep Lake) is a freshwater lake, one of a chain of lakes in Yanchep National Park.
This lake is an important part of Aboriginal tradition. The Aboriginal myth is "the lake is inhabited by a Waugal (rainbow serpent) and the activities of the Waugal ensure that the springs that feed the lake continue to flow."
The Aboriginal people used to dig out the tubers of the bulrush from Lake and eat it them, hence the name "Yanchep Lake", means 'place of the bulrush'. 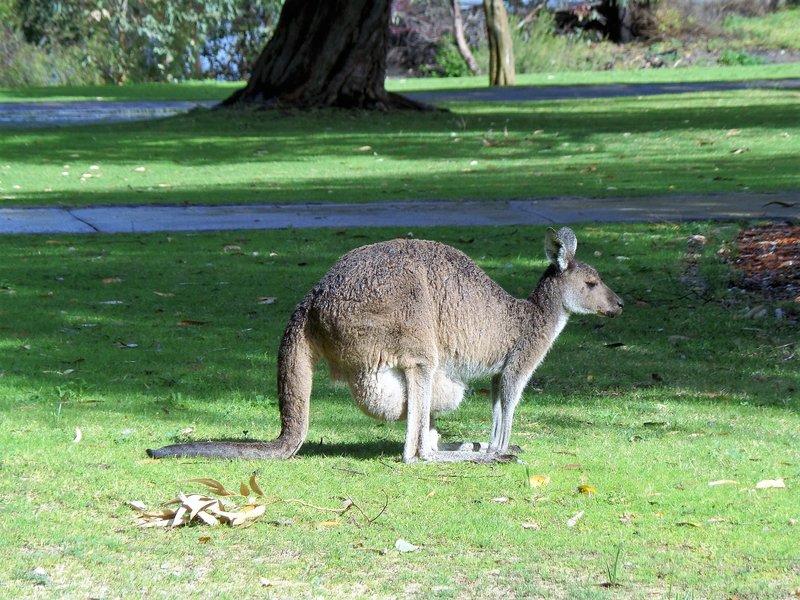 It was too wet for me to do the Wetlands trail where many waterbirds including grebes, swans, pelicans, cormorants, egrets and Kingfishers, and birds in the surrounding bush, parrots, wrens and honeyeaters, to name a few are found. A few Western grey kangaroos were out and about.

Even though I have seen many Koalas, I still walked the specially built 240-metre long boardwalk through the Koala display. As Koalas are nocturnal, you will probably only see them curled up in a ball asleep, that is, unless they are moving to another tree for a nap. 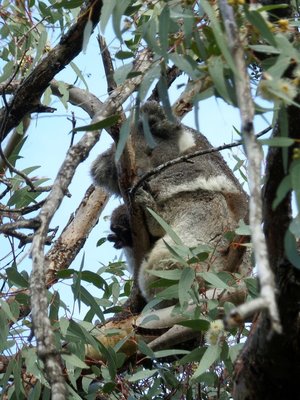 This colony of koalas were originally brought to the Perth Zoo from Victoria, how-ever, they couldn't find enough food to feed them so they were re-located to Yanchep in 1938. The National Park planted thousands of eucalypt trees to provide the koalas with suitable food. A new colony of koalas was established at Yanchep in 1948, unfortunately, the horrible disease, (Clamydia), which decimated the Koalas in the Eastern states, found its way here, therefore the Koalas became infertile. In 1992, a number of koalas were brought from Kangaroo Island in South Australia to here, to establish a disease-free colony. This has worked and they have been breeding since 1994.

We arrived at Karrinyup Waters Caravan park situated on the north side of Perth which suited us fine. Public transport was a short walk away.
It was a big park with 5 Amenitie blocks, some better than others. I liked the block of ensuite amenities where every shower & toilet was in a separate room with own door. In the same block was the laundry with brand new washers and dryers. Other facilities were a heated Spa, heated Lap Pool with children's area, swimming pool, 2 Camper's kitchens, Jumbo Jumping Pillow, 2 Playgrounds. Dump point for caravan and campervans.
This Caravan Park is well maintained and cared for and was quiet because of a strict 10pm quiet time They even have huge pet Rabbits running wild in the Park and friendly Ducks. We would definitely return here.

As we had arrived early and had plenty of time to spare, we decided to check out Sorrento and Hilary's Boat Harbour. 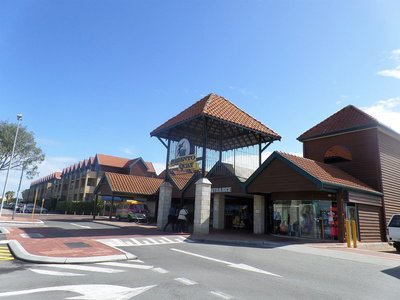 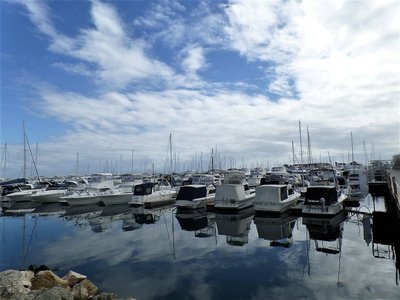 Hillarys Boat Harbour is a marina and tourist area, one we thought was very nice. We enjoyed coffee and cake in one of the Restaurants overlooking the water, then had a look at the shops and surrounding area before heading back to our caravan park.

Tomorrow, we will explore Perth.

Previous Next Table of contents

I did liked the limestone sculpture of King Neptune.

I imagine that ‘King Neptune’ sculpture would be shocking to someone who didn't know it was there and wasn't prepared for it.

It was a beauty Angela! Pity somebody has graffied it.

Hi Don! King Neptune would probably scare you, it was a huge statue.

Comments on this blog entry are now closed to non-Travellerspoint members. You can still leave a comment if you are a member of Travellerspoint.

If you aren't a member of Travellerspoint yet, you can join for free.